Why Bullying Is So Common in Japan

Christopher Carr over at The Inductive reports about Japanese corporate hazing, which is basically a form of bullying. It’s quite common in Japan, and what makes it so problematic is that adult bullying is often sanctioned by the organizations within which it takes place. Because it is so culturally normalized that they cannot see that it’s actually bullying. 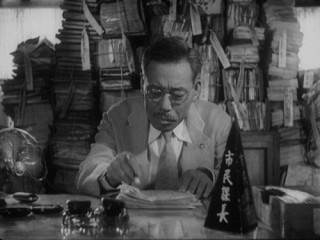 My theory on why this happens in Japan is that it comes from the common misunderstanding of the methods used in achieving enlightenment in Zen Buddhism. Just as the teaching of Christ is misinterpreted by White Supremacists, many Japanese see the rituals and the customs of Zen Buddhism, and mindlessly imitate them without understanding what motivates those rituals and customs. A Zen master often treats his disciples in a manner that comes across as abusive, so the popular culture of Japan interprets this as a sign that abuse leads to enlightenment. This in turn encourages people in power to behave as though they are Zen masters. They abuse those who are below them while rationalizing in their heads that they are doing something noble or even altruistic.

What is particularly insidious about bullying in Japan is that it even manifests in a father-to-son relationship. “Gaman”, which means somewhere between “discipline” and “patience”, is lauded as the most important quality a man should have, and is pounded into children’s heads. What is entirely lacking in this lesson is the purpose: For what should they develop this quality?

Kurosawa’s “Ikiru” provides a great example of how this manifests in Japanese organizations. The main character of the film, Watanabe, is a middle-aged salary-man who worked all his life in a government office just passing time, thinking that he is being virtuous because he is sacrificing himself for his kids. Meanwhile, his kids don’t even appreciate what he does for them. What Watanabe does not realize, until he learns that he has terminal stomach cancer, is that using someone else other than himself as his reason to live is in fact an excuse not to face the meaning of life for himself. By using his kids as a justification for his own existence, he can avoid asking himself why he should be living. Facing the reality of death, he realizes that, if he were to live, he needs to have his own reason. He needs to know or feel inside why he wants to live.

This realization is utterly lacking in the vast majority of Japanese who abuse their underlings and children. They use their positions of power to make themselves feel superior, and to give themselves justifications for why they are living. Because they are only copying the ritualistic facade of Zen Buddhism, their abuse causes nothing but misery for both the abusers and the abused.

When you know why you want to live, when the reason for living is self-evident, you live a life full of passion. You do not feel that you “have to” live (for someone else), but you want to. Everything you do is driven by what you want to do, which includes having and raising children. In such a state of mind, there is no “sacrifice” whatsoever. You would never use your own children as an excuse for you to live.

When your life is full of passion, “discipline” or “patience” comes naturally. There is no need for you to be trained for it. The strength of your passion will allow you to tolerate most anything. If you cannot, then what you should question is not your capacity for discipline and patience, but the strength of your passion. This is precisely what Zen masters are testing when they treat their disciples in a manner that appears abusive to outsiders. They are not training them to be patient; they want to know how strong their passion is to achieve enlightenment. Where there is no passion, there is no point in being patient whatsoever.